Facebook is buying Oculus for $2 billion and I have to say I’m a bit disappointed. I was hoping that VR tech would make it into the hands of developers and consumers before being snatched up by the tech giants. I was imagining the possibilities of having  FOSS based social development around VR that could bring in more innovation and creativity without the interference of the existing giants. Imagine IRC with VR chatrooms created, hosted and moderated by individuals or tribes. When combined with PrioVR we could have some seriously fun and interesting worlds to explore. What if Facebook decides to lock down the device so that it can only be used for social purposes through some kind of Facebook API? That would make them the gatekeepers to our virtual reality.  Will those that do not want a facebook account be locked out of the VR experience as well?

If I was a backer of the Oculus Rift Kickstarter I’m not sure how I’d feel about the the company I backed selling out before they’ve even shipped the product I sponsored.  When you sponsor a project on Kickstarter you are also buying into the vision of the creators and I think I would feel ripped off if that vision get absorbed by a larger corporate story before I even get my hands on the device. On the other hand I feel that I can trust John Carmack and Michael Abrash and if they think Oculus is still worth supporting then that makes me feel slightly less concerned. Let’s just hope some competitors arrive in this market to keep it more open and transparent. If someone wants to start a FOSS VR headset on Kickstarter I’d gladly be a backer!

You can read more here:

Facebook to buy Oculus virtual reality firm for $2B

I’d especially recommend Peter Berkman’s tumbr post, Wrong and Right Reasons To Be Upset About Oculus, not just because of the article itself but because John Carmack personally responded to it in the comments.

As of Wednesday the Google Chromecast

has officially been released in 11 new countries. I’ve been wanting to check out of these out for awhile now since the HTC Media Link for my HTC One is so expensive, especially considering its mediocre reviews on Amazon.

The new countries are:

On Amazon.com it’s $35USD, Amazon.ca has it for $39CAD, and on Amazon.de its 35€ which compares very favourably with the HTC Media Link at $70USD.

Now that the Chromecast is available for more of the rest of the world, I’m very curious to see what new apps come out and in what new ways the device can be used.

While I am eagerly awaiting the arrival of the convergent devices Canonical and Ubuntu are working on, I just couldn’t quite wait another 6 months to see what comes out. So I picked up a 32GB Google Nexus 10

(along with some really awesome PureLink DisplayPort cables

for our new monitors) with the rationale that I’ll be able to flash it with Ubuntu Touch in a few months when I’m ready switch over the OS. 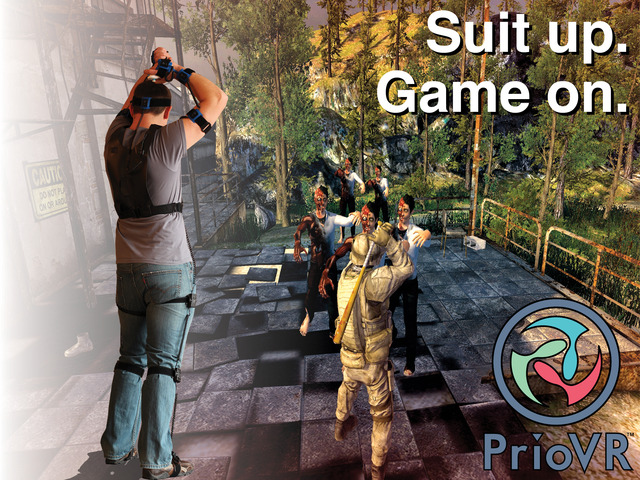 PrioVR: Suit up. Game on.

Ever since reading Ernest Cline’s Ready Player One

I’ve been more interested in watching how AR and VR will evolve over the next few years. Of course everyone is already hotly anticipating the release of the consumer edition of the Oculus Rift but the headset is just one part of a full VR or AR experience.  I wasn’t aware of any reasonable consumer level attempts to integrate one’s full body into the VR experience until I came across the PrioVR Kickstarter campaign.  From their homepage it looks like they’ve got a great team and a good grip on their target market. I wondered about Linux support so I emailed them through Kickstarter campaign. Here’s what they said:

Me: Will you support Linux distros like Debian, Ubuntu or SteamOS? Will any of the source code or hardware be made open source?

YEI Technology: Yes, the PrioVR will, like the 3-Space Sensors, support a variety of Linux variants. And the source code for the demo games will be made open source.

That gets me even more excited! Opening up the project will help it evolve in ways that the creators might never even have imagined. I can’t wait to get mine and start hacking away on it!

Here’s a wireless controller for a tunable laser (tunable meaning the wavelength could be adjusted) I designed awhile ago. The laser was housed in a separate laboratory in the basement to the one in which it was often used and there was a lot of concrete in between. Solving this problem allowed the scientists to tune the laser easily and also enabled them to make measurements while sweeping the wavelength to aid in the characterization of semiconductor nanostructures.

Since cost was also a factor my solution was to build a wireless controller using inexpensive parts one could find at Sparkfun Electronics. I wanted to make the interface fun and intuitive so I used an SNES controller for the input device, powered by an arduino board and xbee radios for the wireless communication. On the receiver end I added another arduino because although I could have got away without it I wanted to leave some room for expandability in the future in case any future engineer or scientist had something to add to the system.

I used a stepper motor and stepper motor controller from Sparkfun to drive the whole thing. The xbee radios worked remarkably reliably in the basement even with all the concrete between the two radios.

SNES Gamepad and Arduino in the lab

SNES Gamepad and Arduino testing in the lab

This project was made it on Hackaday awhile ago.